We have now offset another 12,000 ton CO2eq in a Gold Standard certified project! Thank you for taking part in this!

Our most recent offsetting is a biomass project connected to the Svilosa pulp mill in Bulgaria, where the operations have been improved in order to use their waste for biofuels. Through this project, the biomass residues from the pulp production (mainly bark) are combusted in a specially designed biomass boiler to generate thermal energy in the form of water steam. This heat is then used directly in the production of the pulp, and thus the mill avoids buying energy from a nearby coal power plant, which they did before. The capacity of the biomass boiler is 19.732 MW (thermal).

This is an interesting project to finance because it is very clear exactly how much coal power we are avoiding, and it gives us maximum assurance that the amount CO2 avoided is accurate. The paper industry is very energy-intensive, so we can achieve significant impact by helping them transition to a more climate-smart production. Moreover, given the current state of consumption, many people concerned with the environment want to reduce the use of plastic. Paper is seen as a better alternative, which is why we think it is a particularly suitable industry to finance the transition of. Finally, this development is today classified as the best available technology, which means that we are helping this pulp become as modern and efficient as possible. 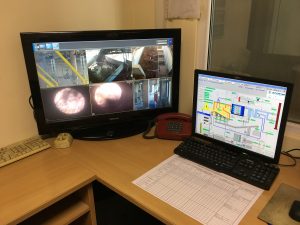 The pulp plant use FSC-labeled wood in its production, which indicates that they take a broader environmental responsibility, and they have also continued to invest in energy-efficient production after this effort. Another exciting aspect is that paper production is one of the industries where there is potential for developing so-called CCS technology, Carbon Capture and Storage, so that the plants can avoid even more emissions from the production. 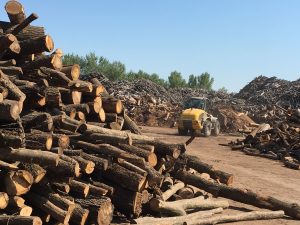 When the project started, it was seen as an investment that would not have happened without this support from climate credits. This is what we denominate additionality when climate projects are being developed. Much has happened both in Bulgaria and globally since then with different national commitments and the development of international climate policy. We see this project as part of this transition process and something that we want to encourage. This factory is the only one of its kind in the region and it is valuable that they maintain a high standard as that sends the right signals both to neighbouring countries and to the EU. A sustainable industry also creates jobs and contributes positively to the country’s economy.